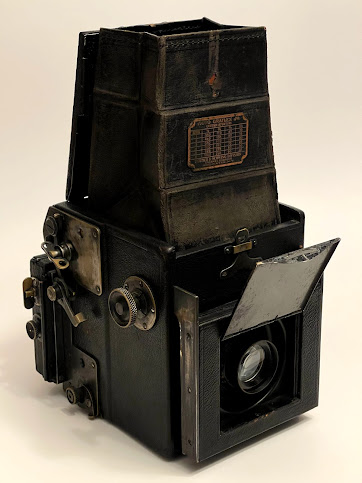 The Auto Graflex Jr. is an American single lens reflex camera made from 1914-1924 in Rochester, NY. It takes 2 1/4 x 3 1/4in. pictures with Graflex back film holders or on Eastman No.50 film in a rollholder. It is a smaller version of the Auto Graflex, which is very similar to other models of Graflex SLRs.

Like all Folmer & Schwing cameras, the Auto Graflex Jr. is built to extremely high standards. The body of the camera is made of Honduran mahogany covered in a seal Morocco leather. All the fittings are made of brass or steel. The bellows are very robust, like other Graflex models.

Standard on the Auto Graflex Jr. is the Kodak Anastigmat No.655 110mm f/4.5 lens. This is an outstanding lens with very nice depth-of-field blur. This is my second favourite lens after the Argus Cintar 50mm f/3.5. The only shutter on the camera is the Graflex curtain shutter in the back, with speeds from 1/10-1/1000s as well as Time. Its operation is very similar to that of the Speed Graphic, with the two knobs to control tension and curtain aperture. In addition to the shutter itself, there is a mirror that is manually cocked with a lever on the side of the camera. This has a knob that chooses between Instant and Time modes. The mirror hitting the top limit fires the shutter automatically. This whole sequence is triggered with a shutter release depressed by the left thumb on the left side of the camera.

The benefit of the Graflex SLRs is being able to use its large ground glass view screen on the top. On this particular camera, it is large and clear (for the time period) and gives an accurate view of the scene to be captured. The leather hood on the top of the camera shields the glass from stray light so the image can be viewed. Focus is achieved using the large knurled brass knob on the right side of the camera.

Many of the Auto Graflex Jrs. were equipped with a notable accessory: the 2x3 rollfilm adapter, which was used in lieu of Premo film packs and sheet film. This was intended to use Eastman No.50 rollfilm, a format that is very similar to No.118 rollfilm used in more common cameras, but this uses a different spool and numbering. Winding is done with a brass knob on the side and spacing determined with a ruby window. I have been able to come up with a remedy to use No.120 film in my holder, which is able to take about 10 2x2 images on a roll.

Overall, I love the Auto Graflex Jr.; it is very well made, and my example being from 1915, it works excellently. 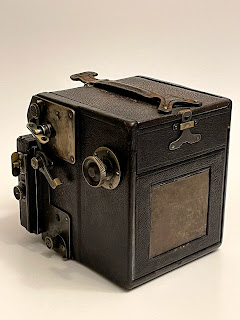 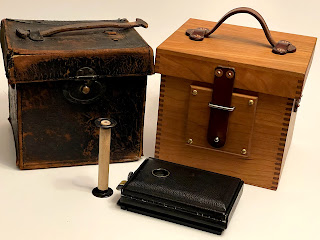 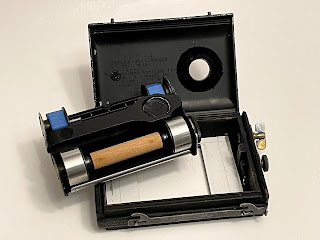 Modified spools and mask in the rollfilm adapter for use with No.120 film.
Sample Imaged (Compressed, pardon quality) 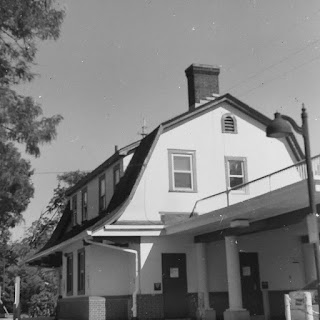 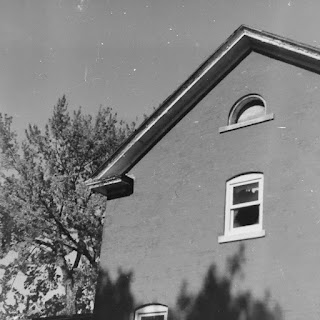 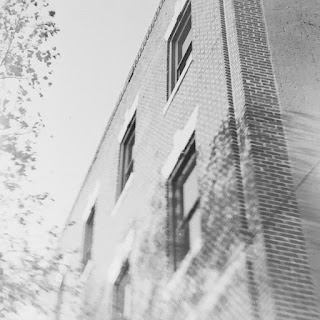 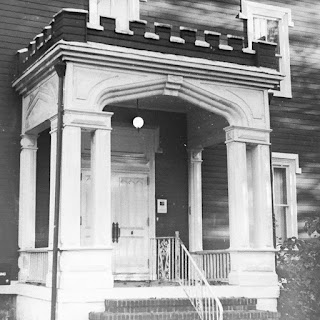