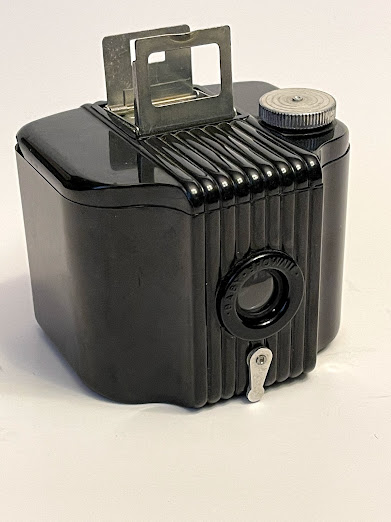 Its body is made purely of molded Bakelite, with metal fittings. It is equipped with a glass meniscus lens with fixed focus. Its aperture is approximately f/11 and shutter speed is approximately 1/25s. The shutter is fired when the lever on the front is pushed to the side. The simple viewfinder just pops up with a motion of the finger. There is no tripod screw.

The body comes apart with a lever on the bottom of the camera. film is then loaded into the integral carrier on the top half. The film is wound on with the ratcheting metal knob on the top of the camera and spacing is viewed through a ruby window on the back of the body.