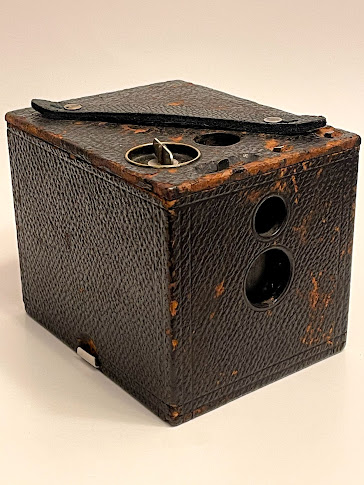 The No.2 Bulls Eye is an American box camera manufactured from 1898-1913 in Rochester, NY. It takes 12, 3 1/2in. pictures on a roll of No.101 film. I have made adapter spools and a mask to use No.120 film with this example. The Bulls Eye was initially made in 1892 by the Boston Camera Co. and had such innovations as a ruby window and paper backed rollfilm. Kodak bought out the BCC and continued their line of cameras.

The Bulls Eye cameras are extremely sturdy; the entire body is made of a lovely varnished cherry wood with a coarse grain leather covering. All the mechanism and hardware is made of metal, with many components, in fact, being brass.

To open the camera, the metal tab on the bottom of the camera is pulled out and the top section of the camera is lifted. The film is loaded in accordance to the wording on the film holder itself. Interestingly, the winding key unscrews (with a left-handed thread) allowing the spool to be removed. Winding is done through this key and spacing determined with the ruby window on the back. I have manufactured a spool, spacers, and a mask (see below) in order to be able to take 12 2x2 images on a roll of No.120 film to great success.

My main gripe with this camera is the poor viewfinder performance. It is of the Watson type, and mine is nearly opaque; all I can do is level the horizon in it and point the camera in the general direction of the subject. This hasn't really posed an issue, but it is worth mentioning. The later Model D, which appeared in 1899, replaced the Watson type finder with a brilliant finder.

I have realised that this camera takes superb images for its age. I have shot a few images with it, and it works just as well as the day it was made. 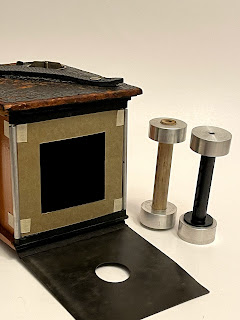 Mask and spools for use with No.120 film. 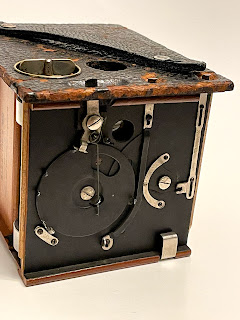 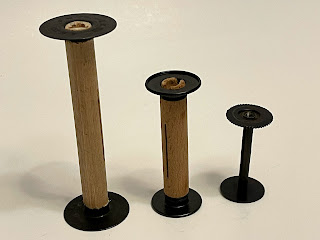 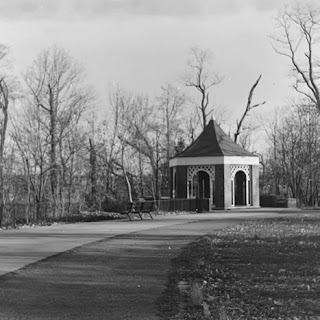 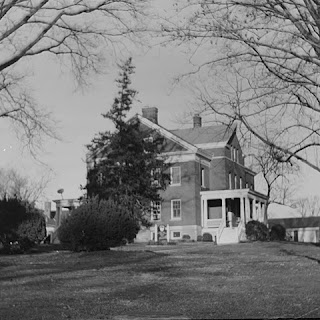 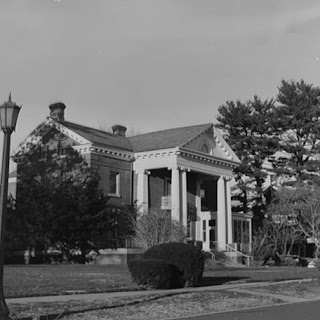 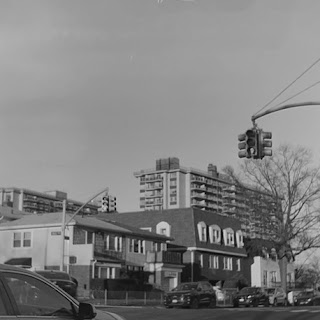