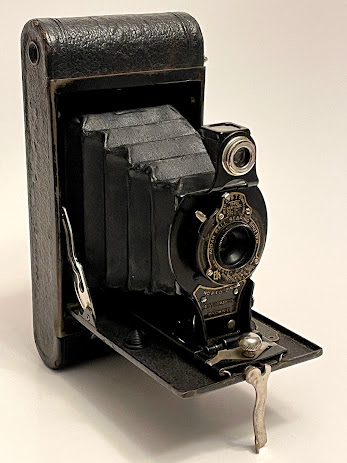 Kodak No.2 Folding Autographic Brownie
The No.2 Folding Autographic Brownie is an American folding camera produced from 1915-1926 in Rochester, NY. It takes 8, 2 1/4 x 3 1/4in. pictures on a roll of No.120 (or No.A-120) film. It is a relatively straightforward camera, but it punches well above its weight in terms of capability.
As far as the contemporary folding Kodaks, the Folding Autographic Brownie isn't as well built. This isn't to say it is tenuous, however-- the entire camera is made of metal, and the bellows, as far as other Kodaks, is actually quite robust.
The lens on the Folding Autographic Brownie is, unsurprisingly, a meniscus lens. This particular one (a meniscus achromat) is actually decently sharp. A rapid rectilinear lens was also offered for a higher price. The lens is mounted in a Kodak Ball Bearing Shutter. This has speeds of 1/25s, 1/50s, Bulb, and Time. Also, it has apertures of f/11 to f/32. I happen to take a liking to the Ball Bearing shutter, and it is both very accurate and satisfying to use.
The camera opens like several other folding cameras, with a sliding latch on the front of the camera. This is slid over and the front of the camera removed. Film is then loaded and the front replaced. Since this is an Autographic model, there is a hatch on the back of the camera to allow the camerist to scribe on the film. This, however, requires Autographic film, which has been discontinued since 1934. Of note is that the Autographic apparatus is of the later, type 2, rather than the earlier type 1, as present on the Vest Pocket cameras. Film is wound on with the silver knob on the side and spacing determined with a ruby window on the back.
The sole viewfinder is located on top of the front standard, and is actually pretty decent. It may be rotated to facilitate both portrait and landscape photos. It is of the Watson type, and produces a serviceable, clear image.
This camera is my current go-to 2x3 camera for No.120 film. It is so pleasurable to use and it creates excellent photos. I recommend getting one to anyone looking for a compact camera for use with No.120 film. 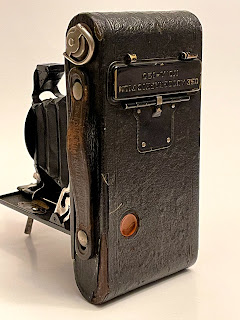 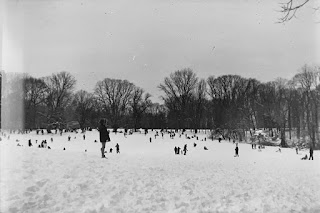 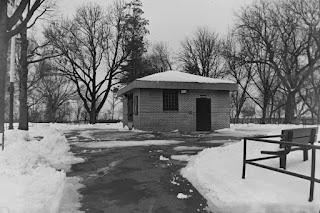 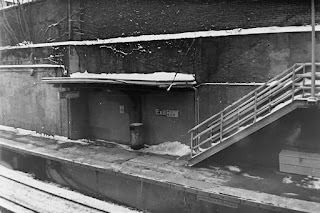 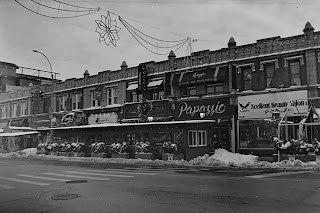