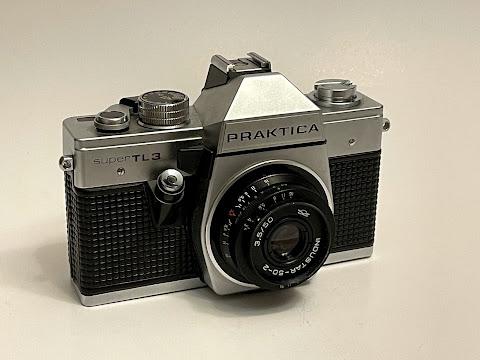 The Praktica Super TL3 is an East German single-lens reflex camera produced from 1978-1980 in Dresden, Saxony, German Democratic Republic. It takes standard 135, 35mm cassettes. It is one of a myriad of extremely similar Praktica cameras.

Despite feeling lightweight when being picked up, the Praktica is very well made and with a fantastic finish. Nearly all of the camera is made of metal and is quite robust. The chequered vinyl wrap on the outside of the camera is actually quite comfortable.

The Super TL3 has an M42 lens mount and can, of course, mount any M42 mount lens. The one I have mounted in the above picture is the Industar 50-2 50mm f/3.5, which is a Soviet rangefinder lens; the Industar design was a copy of the Zeiss Tessar lens. I have found this lens to be decently sharp for most uses, though its handling is a bit fumbly.

The Super TL3 stands out from most of my collection because it has electronics in it, albeit being a very rudimentary matchstick meter. This is set from the shutter knob; it is lifted and rotated to adjust the ASA/DIN or kept down and rotated to adjust shutter speeds. The meter is turned on with the black paddle adjacent to the shutter release button, which also stops down the lens if it is meant to do so. The meter readout is on the side of the viewfinder and functions just like any other matchstick meter. I have found the meter to consistently underexpose the shots, leaving a 'greasy' feel to the images.

Unlike contemporaries, like the Zenit TTL, the shutter on the Praktica is made of metal and travels vertically. This makes it very robust. It has speeds of 1s to 1/1000s plus Bulb and "Blitzsynchro" or flash sync. These are selected with the knurled silver knob on the top of the camera. X-sync flash is able to be synchronized using the hot shoe on top or the Prontor-Compur (PC) socket on the front of the camera. The shutter is released with the large silver button mounted on the front of the camera. This design is very ergonomic and comfortable to use.

As could be expected, the viewfinder is pretty middle-of-the-road as far as 1970s SLRs go. It is bright and clear and has a split prism focusing device in the middle, which means it is very fast to use. A little triangular black tab sticks into the viewfinder window when the shutter is not cocked.

I am glad I tried the Praktica Super TL3: I haven't used an SLR before this one, only rangefinders and other designs. I wanted to see what the hype was about. This camera is what convinced me that I dislike SLRs (Except for the Graflexes, that is). If you are into using SLRs, however, I can see that the Super TL3 would be a fun camera to use. 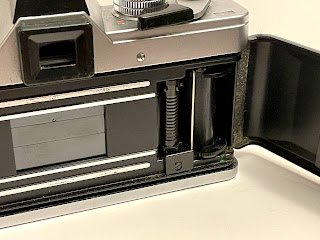 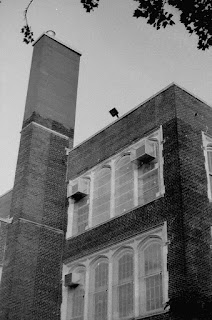 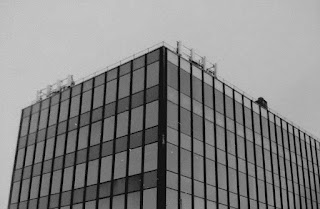 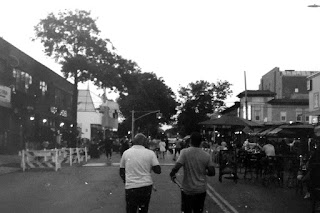