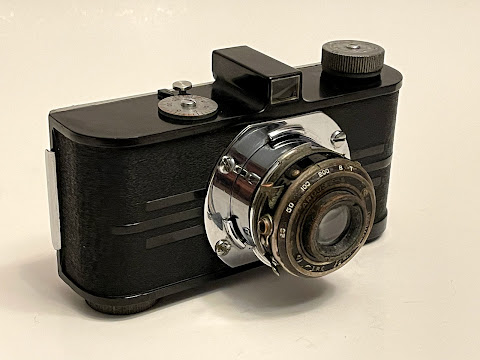 The Argus A is an American 35mm viewfinder camera produced from 1939-1941 in Ann Arbor, Michigan. It is similar to many other Argus A-series cameras and was the very first camera to be produced by Argus (then the International Radio Corporation).

The entire camera is made of molded Bakelite with a stamped aluminum back and metal hardware. Despite appearances, the A is a very high-quality camera for its price.

The A is permanently fitted with an Argus Anastigmat 50mm f/4.5 lens (very similar to the Cintar found on the C3). It is very sharp for its range and good quality enlargements up to 8x10in. can be easily be made. Noteworthy is the fact that the lens only stops down to f/11, instead of the usual f/16 or f/18.

The shutter equipped is like most other A-series cameras, an Ilex Precise with a continuous speed range (meaning that intermediate speeds are possible) from 1/25-1/200s, as well as Bulb and Time modes. The shutter is everset and is triggered using the small lever on the side of the shutter can.

Composition is easily made with the Argus A. The viewfinder found on the A-series camera is just about the same as that found on the C3; it is small. but very bright. There is no rangefinder on this camera, but focusing is achieved in two zones, near and far. Near focus is when the locking lugs line up with each other and the lens barrel extends by a fraction of an inch and is suitable for 6-10 feet, and far is when the locking lugs are not aligned-- this is suitable for 10 feet to infinity.

To open the A, the metal catch on the side is depressed. The back will remove completely. Like the C3, the film runs from right to left and it is very easy to get bonus shots on a 36 roll. All in all, the film loading is much the same as the C3. The film is advanced by depressing the silver button on the top of the camera. This allows the winding knob to be rotated and will automatically stop at the next frame. The number of remaining shots is indicated by the rotating number wheel and pointer next to the release button. To rewind, all that is needed is to turn the rewind knob. There is no need to release the film, as the sprocket is ratcheting and will release in the rewind direction.

As mentioned before, this camera only has one sprocket gear, indicating that it was made in 1936 to early 1937. With the faceplate of this camera, I can say with reasonable accuracy that this example is from early 1937. Like the A2F, I had fun using this camera. It may not be the best technically, but it is excellent for snapshots. 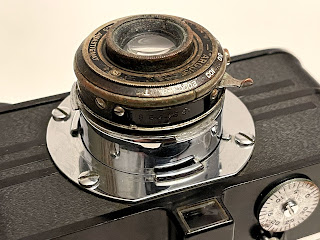 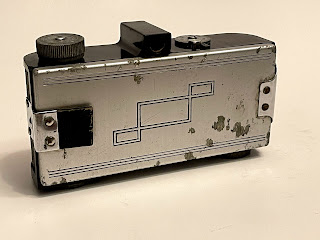 The Art Deco Back of the Camera. (Pitting from age) 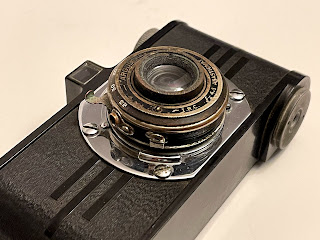 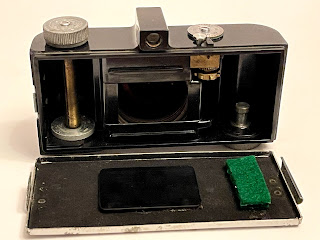 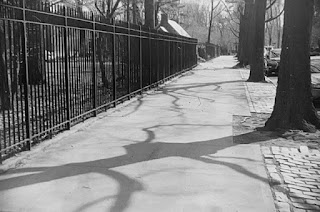 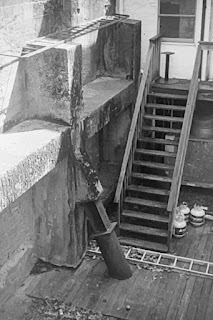 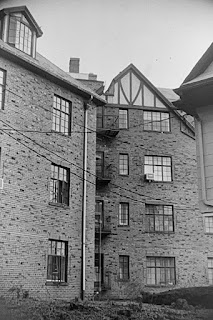 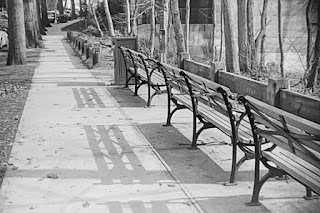