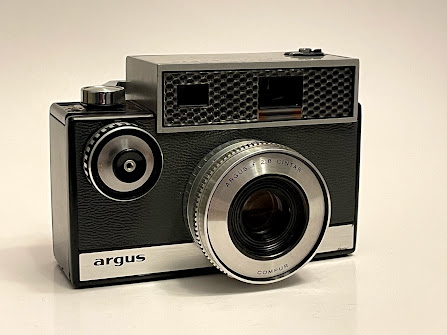 The Argus Autronic I is an American rangefinder camera produced from 1962-1965 in Ann Arbor, Michigan. It takes standard 135 cassettes of 35mm film and is based on the earlier Autronic 35. The basic design was borrowed from the Argus C33, which in itself is an updated version of the commendable Argus C3.

Like the C3, the body makes extensive use of molded plastic, but the plastic on the Autronic I is a much more modern style rather than the Bakelite used on the C3. The hardware and certain parts of the camera (lens barrel, plates, etc.) are in fact made of aluminum. The build quality of the Autronic I does not feel cheap, and is very hefty in the hands. Unlike the Autronic 35, the front and back of the camera has an exquisite grey leatherette covering rather than grey plastic.

The lens of the Autronic I was available in two types-- the Cintar 50mm f/3.5 and the Cintar 50mm f/2.8 (depicted here). These two lenses are identical to those found on the C3 and C4, respectively. The lens focuses only from the knob around the shutter button. Focusing is a breeze, and the knob turns much easier than those on the C series.

As a departure from other C series cameras, the shutter mounted on the Autronic I is a Compur shutter. This has speeds of 1/30 to 1/500s plus Bulb. These speeds (save for 500) aren't marked on the ring around the lens barrel from which the speeds are selected. All that is written are situational markings (Flash, Scene, Action) due to the fact that the camera is mainly meant to be used with the shutter priority automatic exposure system. The shutter is automatically cocked with the film advance and is fired with the large black button on the front or the cable release socket in the middle of the button. There is double exposure prevention, of course, and a flash socket on the side which accepts a C3 flasholder with M sync.

The viewfinder and rangefinder are combined on the Autronic I. Unusually, the rangefinder patch is trapezoidal. Beneath the viewfinder view is a meter, dubbed the 'safety meter'. This displays how safe the exposure is for the given scene the camera is pointed at. All in all, it is a pretty decent viewfinder, and is nothing to write home about or condemn.

To open the camera, there is a small catch above the film door. Like so many other weird things on the Autronic, the film door opens downward. Film is loaded in  the normal way and the door closed again. Film is wound on with the rapid advance lever on the top and spacing automatically determined. Rewinding is accomplished by pulling down a lever on the bottom of the camera and pulling out and deploying the novel rewind crank on the top. Always remember to reset the film counter, which is reset manually with a wheel under the film advance.

The real selling point of the Autronic I was the Autronic feature-- fully automatic shutter priority exposure control-- and it doesn't require a battery!  The ring around the shutter is rotated to the 'A' position to engage this. Otherwise, the camera is all manual. The aperture stops are not labeled in f figures, but flash guide numbers for use with the flash guide calculator on the focus knob. Regardless, these arbitrary numbers correlate to f stops, and the series can be memorized. To operate the Autronic feature, the type of subject is entered into the shutter speed ring and the aperture set to automatic; then just focus and hit the shutter release.

Unlike my experience with my Autronic 35 (or lack thereof), using the Autronic I was a complete pleasure. I put it easily  on par with the Argus C4. That also includes my statement saying that I'd use it as my main camera if the C3 didn't exist. The reason why I mark it so high is its ease of use (once you get used to the lack of direct markings) and its wonderful ergonomics. The Autronic feature also seems to be at least intermittently functioning on mine, though I made most of my shots manually. All in all, I definitely recommend an Autronic. 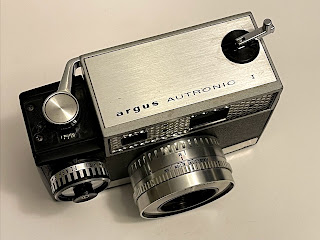 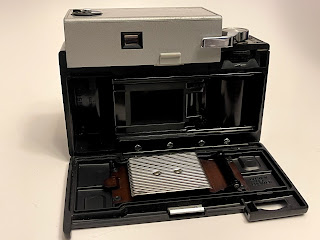 Inside the Film Gate. 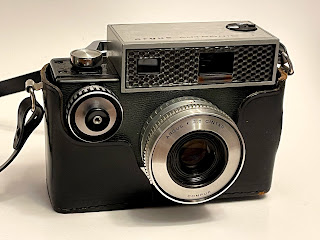 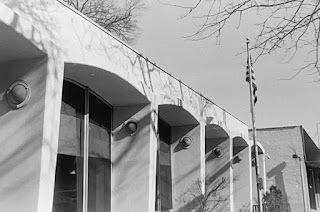 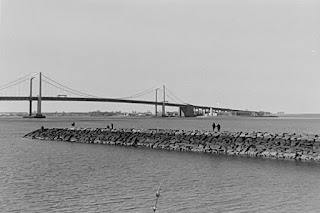 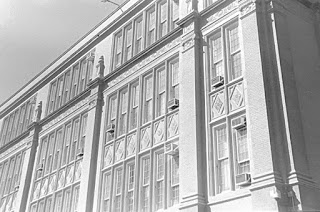 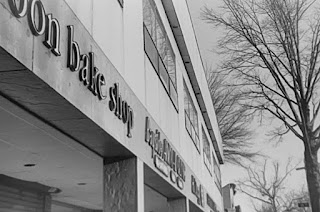 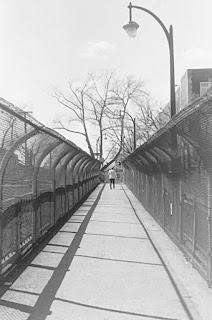 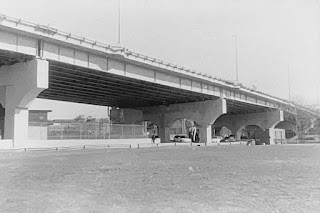 This last shot was taken using the Autronic setting, on the intermittent occasion that it worked properly.