The Kodak Retina Type 119 (Sometimes referred to as the Retina I Type 119) is an American folding viewfinder camera produced from 1936-1938 in Stuttgart, Baden-Wurttemberg, Germany by Nagel-Werke (for Kodak Aktiengesellschaft). It takes standard 135 cassettes, which were originally pioneered with the first Retina camera. The Retina series proved very popular, as these cameras are exceedingly well made and stellar performers.

The entirety of the camera is made of machined or stamped metal. The entirety of the Retina series is made to a very high standard-- common in almost all German-made cameras. the bellows, in particular, is very strong and pliable and appears that it will be that way for years to come.

The lens on the Retina Nr.119 is the Schneider-Kreuznach Xenar 50mm f/3.5. This lens is of marvelous quality, much  like other German designs. This is mounted in a Compur shutter, with speeds of 1s to 1/300s, Bulb, and Time. This shutter is cocked when the lever on the shutter can is  actuated and the shutter fired with the other lever. Unlike other Retina models, there is no provision to synchronise flash with the shutter.

Since the Retinas are folding cameras, this means that they are very compact. The camera is expanded with a button on the base of the camera, and collapse with the two silver buttons on the top and bottom of the front standard. Something that was dropped on later retinas is the foldable kickstand on the door.

Composition is made with the tubular direct-vision finder on the top of the body. Beware, the viewing window is exceptionally small and hard to look through with glasses on. There is no provision for a rangefinder like later models, but focusing is achieved with a milled silver knob around the collar of the shutter can.

The camera is opened with a silver lever on the side of the camera. The back swings open and film loaded. The back is closed and the film advanced without firing the shutter with the small lever next to the frame counter. Once the film is in position, the same lever is racked until it reaches the 1 position to reset the counter. Film is wound on with the knob on the top of the camera, using the frame counter lever to unlock the advance and rewinding is achieved by rotating the other knob on the top and flipping the rewind switch to R. 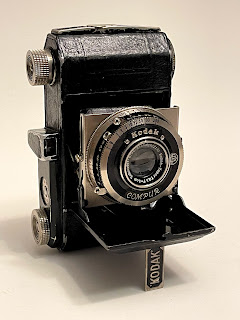 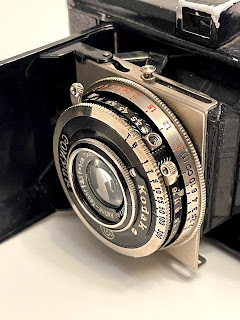 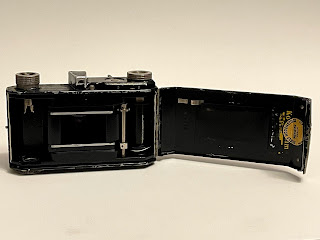 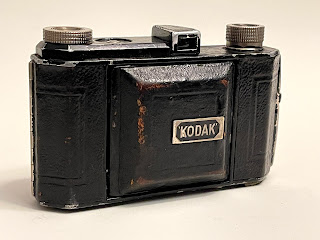 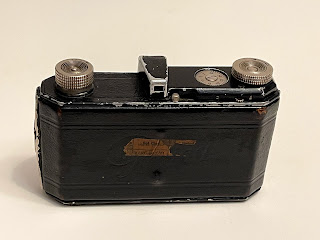 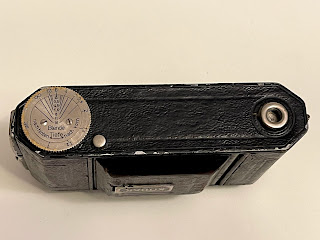 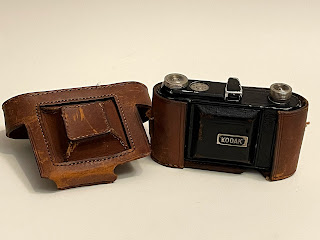 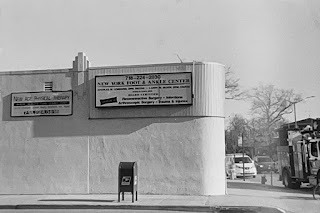 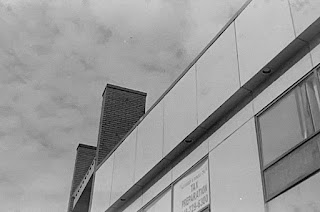 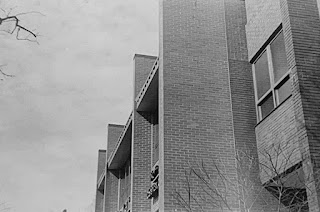 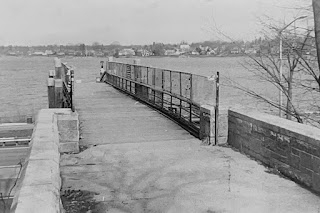